Warning: count(): Parameter must be an array or an object that implements Countable in /home/customer/www/strategies.bijoucollective.com/public_html/wp-content/themes/virtue_premium/lib/cmb/init.php on line 746
 Orchid Project – Bijou Strategies 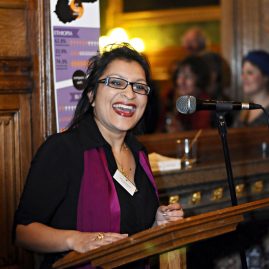 Julia Lalla-Maharajh speaking at the House of Lords, London, with an infographic designed by Bijou Collective behind her. 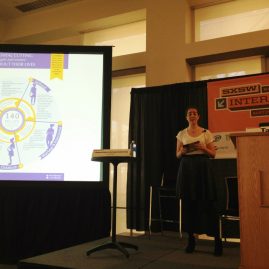 Ruthie Taylor speaking at SXSW 2013 with an infographic designed by Bijou Collective. 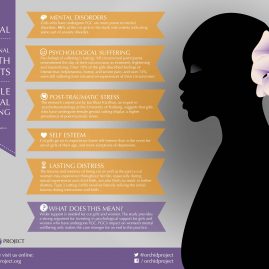 The Story
Julia Lalla-Maharajh traveled to Ethiopia in 2009 on a volunteer project, where she encountered many girls and women whose lives were impacted by the practice of female genital cutting. She returned home resolved to advocate for an end to the practice, and participated in the YouTube Davos Debates in January 2010.

Julia won the debate by popular vote, and YouTube brought Julia to Davos, Switzerland to attend the World Economic Forum, where she had the opportunity to speak with world leaders about the issue – including a brief conversation with Bill Clinton. Returning again to London, Julia founded Orchid Project, which gained official UK charitable status in spring of 2011.

Bijou also assisted Orchid Project’s Ruthie Taylor to submit a speaking proposal to SXSW, which was among the proposals selected in fall 2012. We produced a short film about Orchid Project’s advocacy work to be screened during the presentation, and traveled to Austin with Ruthie in March 2013 to support her presence at the conference.

Back to Portfolio Home